Share a memory
Obituary & Services
Tribute Wall
Read more about the life story of Adam and share your memory.

Adam Robert Mueller, age 64, of Sun City West, Arizona, passed away peacefully at home on Wednesday, January 18, 2023, after a courageous battle with head and neck cancer.  He was born May 3, 1958, to Adam and Dorothea Mueller (Kahlert) in Mason City, Iowa.  He attended Mason City High School, St. Cloud State University and Austin Community College in Minnesota.

He moved to Arizona in 1997 and shortly after, met Teresa Jones and her two children, Caitlin, and Collin.  They married September 16th, 2000.  Adam was an instant father for Caitlin and Collin and was present through every report card, camping trip, band/color guard competition, algebra test, and graduation.  They moved to North Carolina in 2006 and then back to Arizona in 2014.

Adam was a master at anything that needed to be built or repaired.  He would fix it vs. replace it when it was practical.  His family and employers were spoiled by his many talents as he was the only resource ever required for any job at hand.   He had a successful career in manufacturing, carpentry and in the building trades, until medical reasons forced his early retirement in 2020.  He enjoyed auto racing and football in addition to working with his hands and being an instigator and prankster with their two rescue dogs, Ben and Hazel.  He was a patient, selfless, and loving husband, best friend, and father.  His dry sense of humor, gentle demeanor, and stability will be missed beyond words.

Survivors include his loving wife, Teresa Jones, his children, Caitlin Jones-Nagel (Mike) and Collin Jones, his mother, Dorothea Mueller, his sisters Doty, Denise, Diana, and two brothers, Eric (JoAnn), and Gary.  The family would like to recognize special friends, Randy and Stephanie B. who have gifted their immeasurable support especially through the last 2 ½ years.  Adam was preceded in death by his son from a previous marriage, Darryl, and his father, Adam Mueller.

To honor Adam’s wishes, he will be cremated and services with “very little fuss.”  A Celebration of Life open house will be held on Saturday, January 28th from 11:00 a.m. – 1:30 p.m. in the Grand Canyon room at The Sun City West Foundation located at 14465 RH Johnson Blvd, in Sun City West. Please drop by anytime.  In lieu of flowers, direct contributions to the family are appreciated or, if desired, you can donate in Adam’s name to your local no-kill animal shelter or rescue.

To send flowers to the family or plant a tree in memory of Adam Robert Mueller, please visit our floral store. 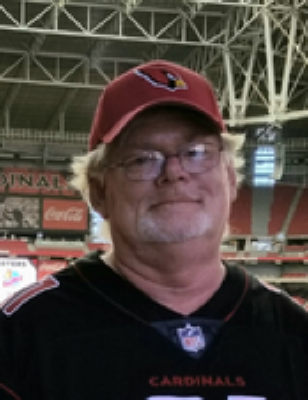