Share a memory
Obituary & Services
Tribute Wall
Read more about the life story of Adele and share your memory.

Adele grew up in a busy house at 529 Elm Street, New Haven, Connecticut. She was the youngest of five children born to Joseph and Alice Yutenkas, and like the others helped out in the bakery her parents had started after emigrating from Lithuania. It was annoying sometimes to rush to school with the aroma of the doughnut deep-fryer clinging to her hair, but the business had the virtue of being Depression-proof. She loved reading. In winter she would trudge through the snow to the library, and when older brother Joe moved out and started stocking his bookshelf by joining the Book of the Month club, she would wait impatiently for him to finish his latest book so she could read it.

Graduating first in her class from the New England School of Nursing, she was offered a place at Yale Medical School, but it was too late: she had already met, and agreed to marry, Peter Middleton - a dashing young English doctor who’d been doing an internship at Yale. She was soon across the Atlantic, and gave birth there, at the age of 23, to their daughter Karen (now Kara White). A second child, Bruce, followed two years later - by which time the family had passed through Colorado and settled in British Columbia. As a housewife in an adventurous family, Adele sewed a hammock which mounted above the front seat of the Oldsmobile station wagon - in which the family of four slept on car trips around the continent. 1964 included a bigger trip - right around the world, which made sense as a way to visit relatives living in Hawaii, Sri Lanka and England.

After Peter’s early death in 1969, sister Alice Lanigan shepherded Adele and her two teenagers to Arizona, where Adele clawed her way back into nursing, starting on the night shift at a state hospital. After a year, she decided to finish her bachelor’s degree at McGill - and somehow became an assistant director of nursing at Montreal’s Royal Victoria while doing so. Preferring sun to snow, she was soon back in Arizona, where she completed a Master’s and became director of nursing for a small hospital. After a stint in California with Kaiser Permanente, she returned to Arizona to be near Alice, now also widowed. She ended her career as a roving inspector of long-term care facilities. She and Alice shared a house in Sun City West and traveled widely, and moved into assisted living together when that time came.

She passed away in her sleep at the age of 91, among friends at the D&L Adult Care Home in Peoria. She is survived by sister Alice, children Kara and Bruce, and three grand-daughters.

To send flowers to the family or plant a tree in memory of Adele B. Middleton, please visit our floral store. 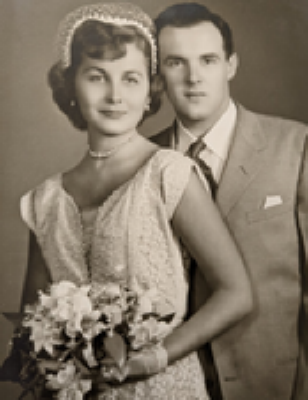 You can still show your support by sending flowers directly to the family, or by planting a memorial tree in the memory of Adele B. Middleton
SHARE OBITUARY
© 2023 Camino Del Sol. All Rights Reserved. Funeral Home website by CFS & TA | Terms of Use | Privacy Policy | Accessibility