Share a memory
Obituary & Services
Tribute Wall
Read more about the life story of Lenore and share your memory.

Lenore Ecker passed away in Peoria, Arizona on Tuesday, January 10, 2023. Lee was born on December 4, 1930, and grew up in New York City, in Jamaica and Queens.  After graduating High School at 16, she attended Queens College and attained a degree in English.  She met her husband David when he lived next door to her best friend, Barbara.  They married in 1951 and moved to Long Island, where they had three children.  In 1960 they loaded everyone up in the station wagon and moved to Phoenix, Arizona.

Lee worked for Peoria Schools when it was still a small district.  She was the secretary for the Superintendent first, and then ran the payroll department for many years.  She liked to play Bunco, Mahjong, and Mexican Train Dominos.  She was a card carrying member of the Red Hat Society, and her spaghetti is the best in town!

She was married to David for 56 years, until his death in 2007.  They were wonderful parents and grandparents.  Lee leaves behind her three children, Michal (Paul), Steven (Wendy), and Mark (Yvonne). She has 10 grandchildren: Jason, Nicole, Aaron, Zack, David, Nicholas, Stephanie, Mark, Jessica, and Jeri.  She also has 13 great grandchildren: Autumn, Jayce, Emily, Kendal, Noah, Emma, Stella, Dominic, Rylie, Eli, Lacy, Reese, and Rhett.

In lieu of flowers, the family suggests a donation to Hospice of the Valley.

To send flowers to the family or plant a tree in memory of Lenore (Messer) Ecker, please visit our floral store. 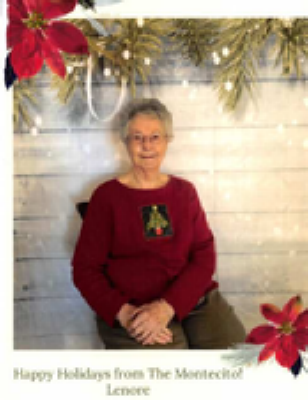